Maybe you noticed it… maybe not. But in The Promised One, there are a WHOLE LOT of Hebrew transliterations. Pretty much every proper name, including all the places, provinces, towns, castles, kingdoms, plus all the character names (except a few — more on that in a bit) are Hebrew in origin.

So I spent quite a while researching ancient Hebraic folklore, traditions, fare, culture, even currencies. I took some liberties, of course. I mean, it’s fantasy, kids. But in general, most everything you read is based on the ancient Hebrew culture. So of course, all the names had to be Hebrew.

And let me just tell you… finding a non-ridiculous transliteration spelling of some of the Hebrew words I wanted to use was… challenging. It’s a guttural language, to say the least. So as with some of the tradition and folklore, I took some liberties with spelling too. But it’s so cool to know that every name has meaning, and everything is rooted in the culture that gave us the Bible.

So without further ado, here are some of the more popular proper names in The Promised One, and their meanings (and pronunciations, because I’m generous like that).

Michael (MY-kull) — Hebrew; means “which man is like God”

*There were just some names that no matter how hard I tried, I could not find a Hebrew transliteration or name that fit their personality. And sometimes, if I found the word, it did not an eloquent name make. So I took some liberties from other cultures to find just the right names. Although I must admit to you that when it came to the name Ferryl, I just liked it. It was perfect. Sorry, not sorry. 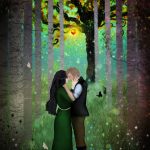 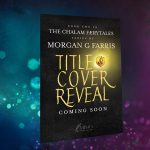