Morgan G Farris is one of those artsy types who dabbles in a little bit of it all: composing, writing, arranging, painting, graphic design and whatever else her creative hands can get ahold of. Writing songs and playing the piano from the time she was a child, she has penned hundreds and hundreds of songs and compositions. She started her first band when she was in college, and soon began traveling around the country singing her original songs and opening for the likes of Shane and Shane and The Afters. That career eventually took her to legendary stages like The Majestic in Dallas, Texas, Rocketown in Nashville, Tennessee and even Webster Hall in New York City. Her band, which she eventually named Lately after years under the monicker Morgan Guin Band, went on to be featured on TV in every country in the world. She has had her compositions and arrangements performed by some of the greats in Christian music, including Kari Jobe and Gateway Worship, and more recently had the privilege of singing with Bethel Music at the 2018 Heaven Come Conference. But after getting married to the love of her life and starting a family, Morgan eventually hung up her traveling hat and settled down in the small town of Granbury, Texas, to put down roots and focus on some of her other passions.

From the age of nine, Morgan began penning songs. By the time she was a teenager, she had already written hundreds of songs, and had even won a few competitions with them. She was named the Gospel Music Association’s Vocalist of the Year for her original song, Why, which can be found on her full length release, From Somewhere Deep Inside.

But somewhere along the way, that love for writing began to take on other forms, including her blog (MorganGFarris.com), which boasts tens of thousands of hits. But in the summer of 2014, much to her surprise, she sat down to write her first novel. Six weeks later, she had an 80,000 word manuscript. A few months after that, she had another manuscript for a second novel. And a few months after that, she had finished a third novel. The thing about it was that she had no idea why she was writing so prolifically, or why the need to write books had so suddenly burst forth…

…that is, until she began her current project.

Somewhere in 2015, she began writing a manuscript for a fantasy fiction series based on the life of an orphan named Elizabeth, and the winged horse she calls Eagle. The first book of The Chalam Færytales series, The Promised One is an allegorical retelling of the story of King David from the Old Testament—with a few fantastic twists thrown in. It’s a færytale with the magic of Stardust, the romance of The Princess Bride, and the wonder of The Chronicles of Narnia. Find out more, and purchase your copy here!

The Latest from Morgan’s Blog 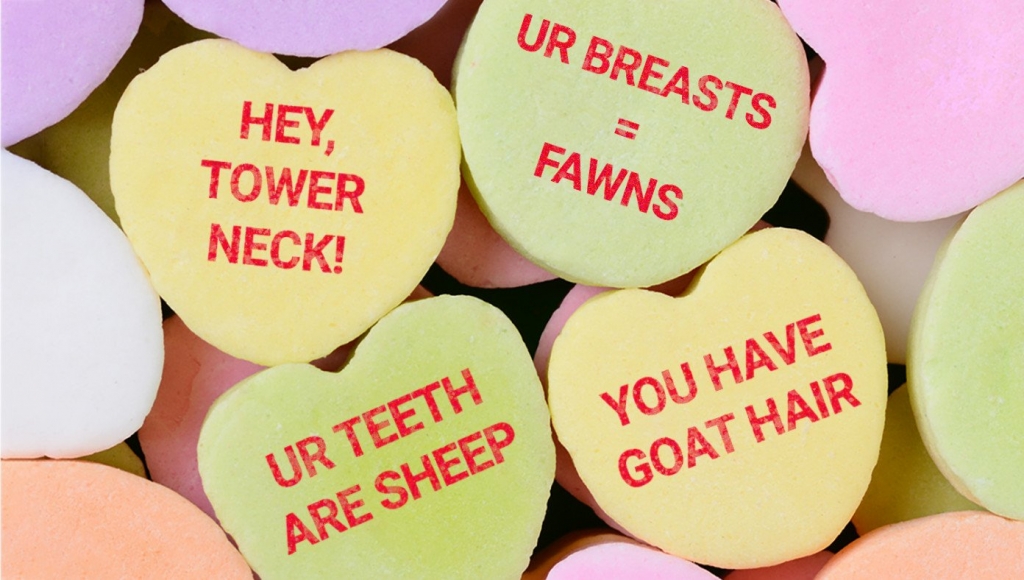 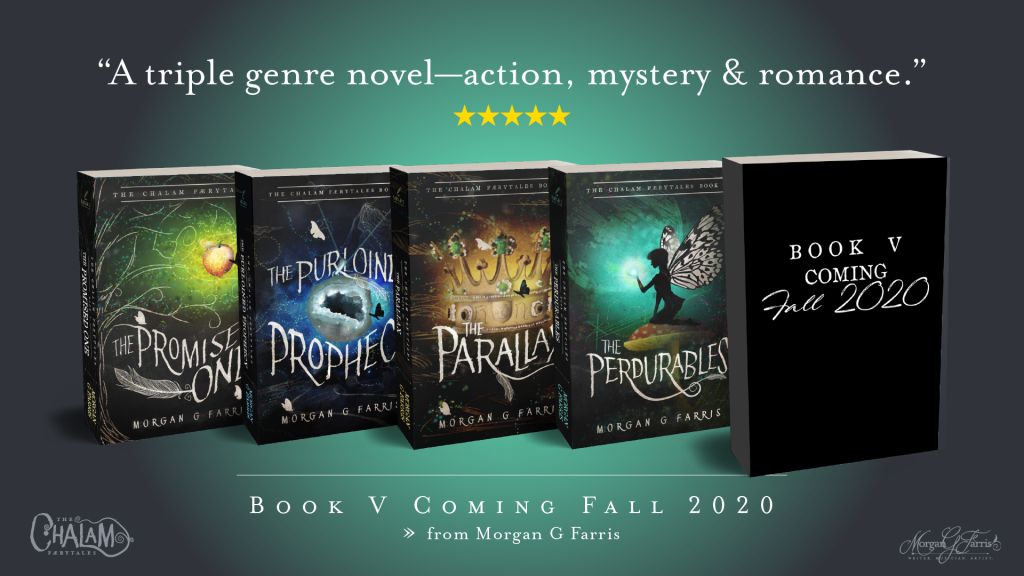 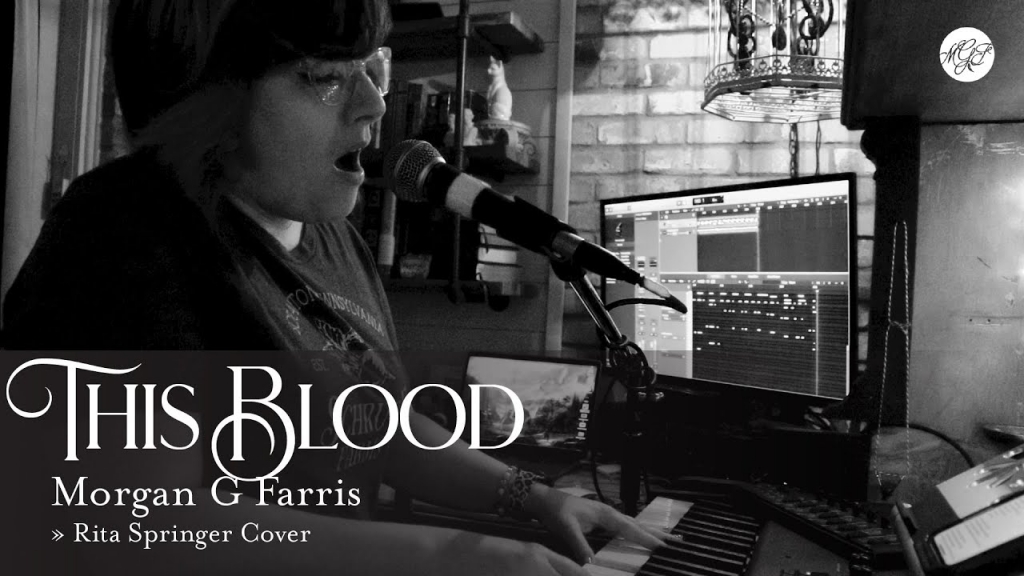 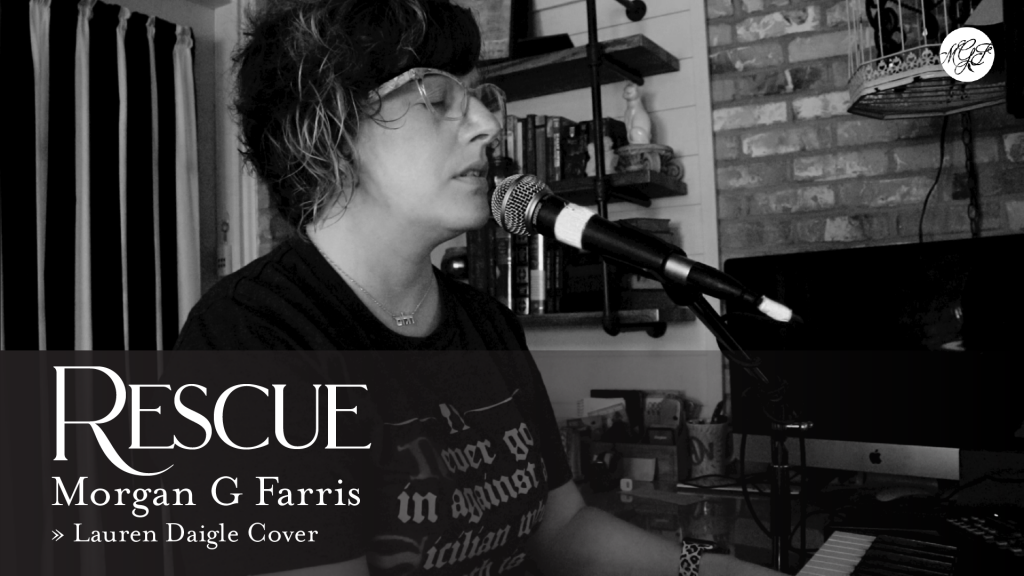 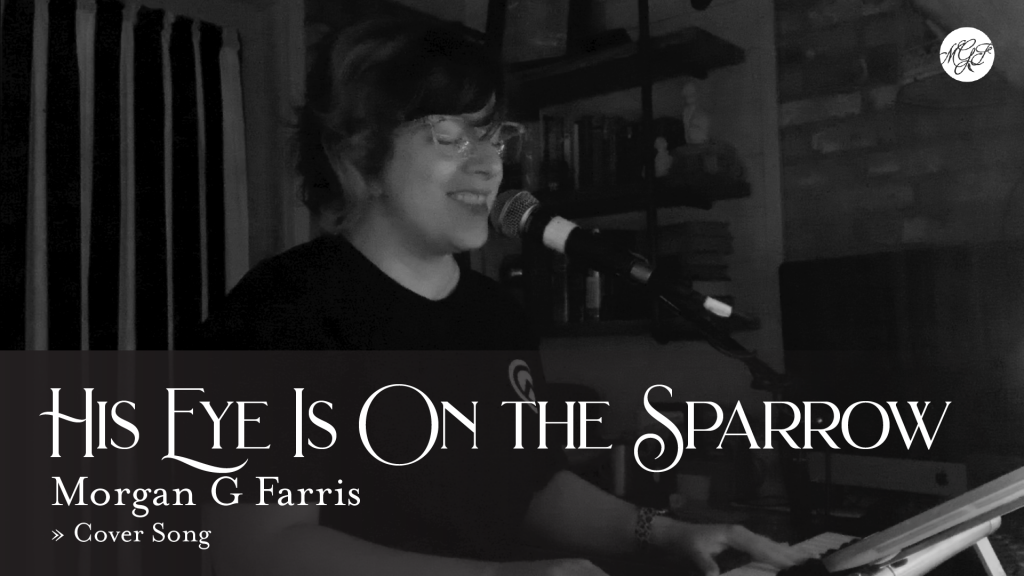 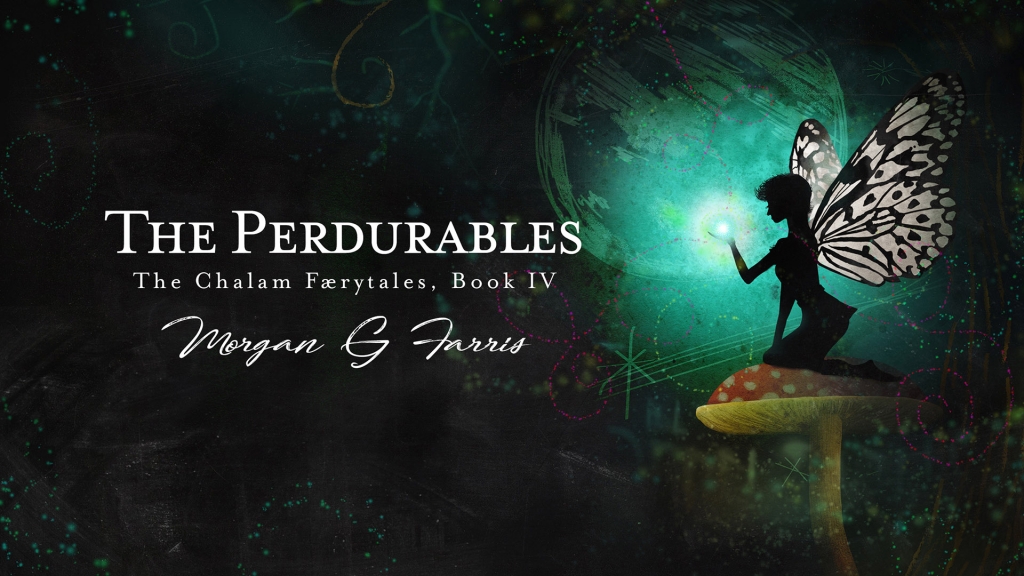 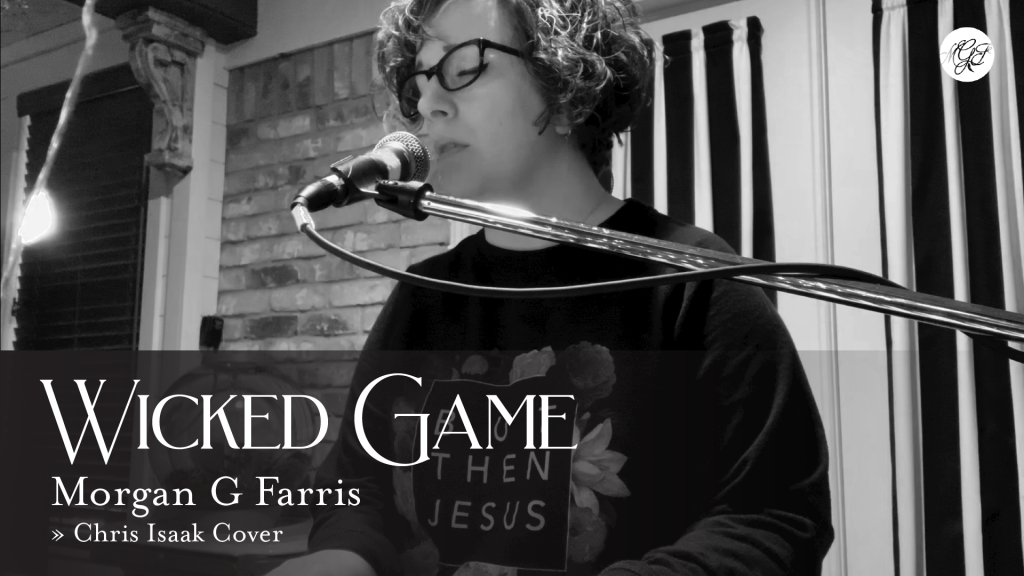 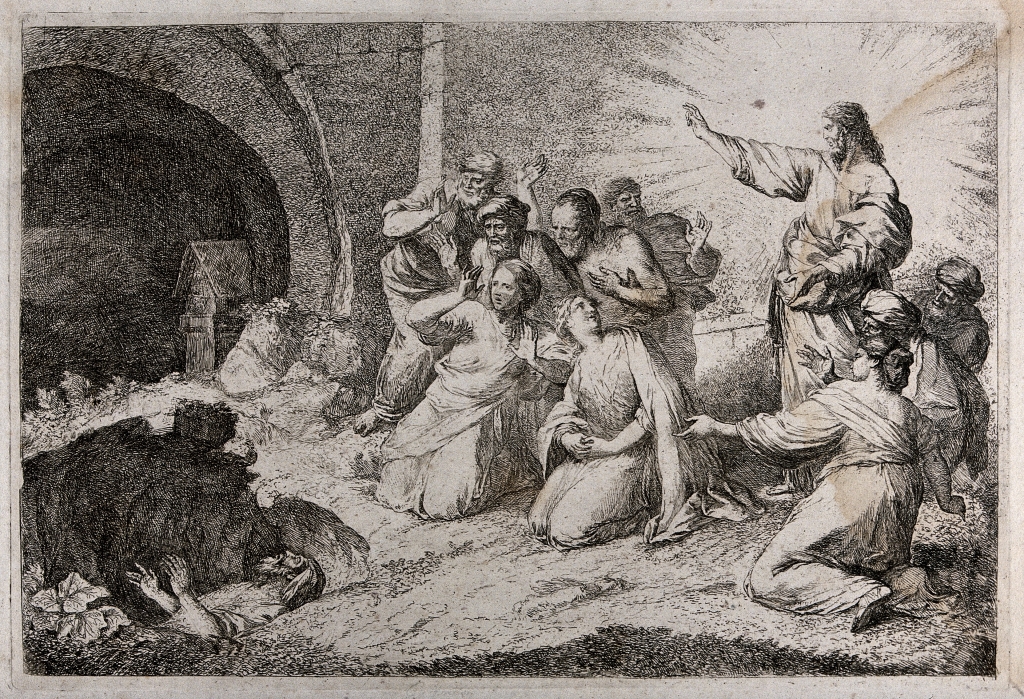 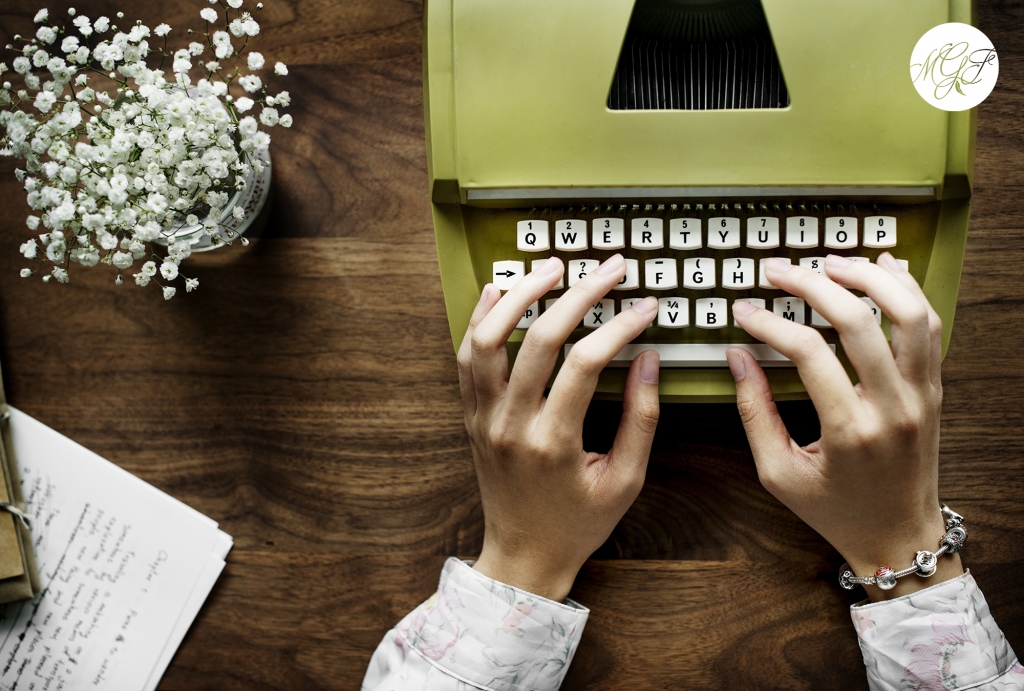 I thought I'd try something new. A way to share with you my WIPs without giving away spoilers or plot points. So I'm calling this "Non Sequiturs." A place in which I share with you random bits from current projects for you to get a sample of…
END_OF_DOCUMENT_TOKEN_TO_BE_REPLACED
https://www.morgangfarris.com/wp-content/uploads/2019/07/nonsequitur.jpg 1349 2000 Morgan G Farris https://www.morgangfarris.com/wp-content/uploads/2020/07/MGF_1920_white_space.png Morgan G Farris2019-07-27 19:35:332019-07-27 19:37:14Non Sequitur: You Would Have Made a Fine Grand Duke
PreviousNext
PreviousNext
Scroll to top