The Promised One (Kindle Edition)

A færytale with the magic of Stardust, the romance of The Princess Bride, and the wonder of The Chronicles of Narnia. Discover the magic that could change the fate of the world.

Book I of The Chalam Færytales series.

Some færytales end with a kiss, but for Elizabeth and Ferryl, the kiss is only the beginning.

When the memories of their happily-ever-before are inexplicably stolen, Elizabeth sets off to uncover the truth and save her fabled love with the crown prince, no matter the cost. Meanwhile, Prince Ferryl must unravel the mystery behind his father’s crippling headaches, grapple with the band of rebels infiltrating the borders of his kingdom with suspicious acumen, and undermine the manipulation of a queen with an unslakable thirst for power and control. All while trying to keep his mind off the beautiful stranger who seems to know and understand him too well.

The Promised One is the first book of The Chalam Færytales series—a coming-of-age epic færytale, a story that begins after the first kiss. It’s a journey to remind us that magic is everywhere, if only we look—and love may be the most powerful magic there is.

66 reviews for The Promised One (Kindle Edition) 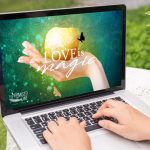 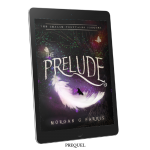 The Prelude
Scroll to top
error: Content is protected