I almost didn’t release these books.

That’s right. When I started writing The Promised One, it was for fun. A labor of love. But I had no intention of releasing it. No, not because I didn’t think it was good enough, or because I was suffering from imposter syndrome. I almost didn’t release this book because I knew I was going to take the series in a direction that most of my Christian community would not understand. You see, if you’ve read my books, you know two things: they’re blatantly spiritual, and they’re unapologetically human. I did not gloss over the less savory aspects of the human experience: namely violence, sex*, and language. And even in the early years when I was querying my sanity away, I ran into one of two scenarios: a publisher who wanted to scrub the religion out of the books, or a publisher who wanted to scrub the sin out of them.

So I took a risk and released a book that doesn’t get written often. I brought my faith into a messy, very human world. You know, just like in real life.

Now let me say one thing: I know that many of you who are my readers love and adore Christian novels. Don’t get me wrong, one of my all-time favorite fiction books is Redeeming Love. It doesn’t get any more blatantly Christian than that. But most of the Christian fiction I have read (with a few exceptions) whitewashes the human experience, glossing over or fading-to-black the more difficult or intimate parts of life. There is never language. There is never violence other than the implied. And there is most certainly never ever ever ever sex. And I get it—I’ve gotten many reviews for these books that let me know in no uncertain terms that the reader was disappointed in my content. Here’s one in particular:

In the first few pages, there is swearing so I did not go any further. I do not like books with swearing in them. I am working to delete it from my kindle library. This is my voluntary review. ~Pat, Amazon

When I first received that review, I was incensed. Considering that I put a disclaimer in the description of every one of my books that 1) they are not G-rated and 2) they contain adult content, it felt a little unfair that someone would go out of their way to give me a bad review for something they were forewarned of. But after I got over the initial disappointment, I realized something. Maybe I’m doing something right. I mean, if I’m making you, my dear Christian readers uncomfortable, well… that was the point.

Why? Because I don’t see why any human should find need of a God without finding out their own shortcomings to begin with. I don’t see why life should be shown through rose-colored glasses in order to appeal to a corner of the market. And frankly, as a Christian myself, I don’t beat around the bush with God. He sees all of me. I let him. I don’t see why I should hide from you, either.

So I paint a picture in these books: a picture of life in all its flawed glory. A picture of people who are just as imperfect as I. A picture of a world in need of a redemptive and loving God. That’s it. That’s all I’m going for. I just want to be real with you. One of my reviewers gets it:

The thing I keep saying to people about this book is that it’s not squeaky clean. Lots of Christian books are cheesy and preachy. This series is definitely not like that. It’s just a normal book that also has a huge divine presence. I haven’t seen a book that does it this effectively since Katherine Kurtz’s Deryni trilogy. ~Hollyann, Goodreads

In the Fall of this year, I will release book V in this series and let me forewarn you, dear reader: it gets dark. It gets ugly. I let these characters take me down the shadowed paths of their souls. I let them bare themselves before me, and explored all they would face. We took a peek behind some unsavory, long-forgotten curtains. And it was cathartic and cleansing and difficult and beautiful.

“I don’t want your pity, Michael. That’s not… I know the truth. I could see it in his eyes. I could see the truth staring back at me in my uncle’s dead eyes as he hovered over me.”

Michael shut his eyes, shut out the image she painted for him as he asked, “What truth?”

Those words. Those words that had been branded on his very soul. The echo of what his father had said to him over and over again when he was a boy. His father who had hated him just for being born. His mother’s husband who had branded his soul with his hatred just as he had branded Michael’s arm with iron.

His tears were hot as they poured down his cheeks, as his heart tore and tore again for this woman beside him. For the wounds she too had suffered under a father who had used her as nothing more than bait. Used her and then tossed her away when he had no more use for her.

They were the very same, Delaney and Michael. The very same broken vessels just tying to keep themselves together.

~Excerpt from The Chalam Færytales, Book V by Morgan G Farris. All right reserved. If you repost this anywhere, please tag me. Show a girl some love, folks.

I hope you’ll join me as we continue this messy, broken, human journey. Maybe at the end of it, we’ll all learn something about ourselves.

*I would like to state for the record that I do not view sex as a “less than savory” aspect of humanity. However, I know that many of my more religious friends would find any entertainment containing such content to be so. In a future article, I plan to articulate my thoughts on this aspect of my books, and why it was important to me to include it. 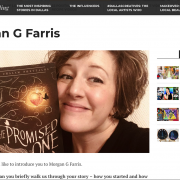 2019 My Interview with Voyage Dallas Magazine 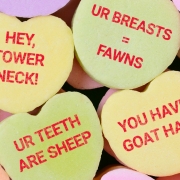 The Parallax - Chapter One 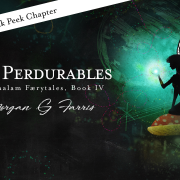 This Blood / O The Blood 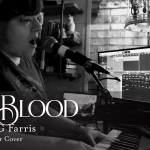 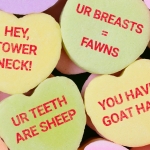 In Egregious Lapse in Judgment, Christian Author Includes Sex in Her Novels
Scroll to top