I see this a lot in my reader groups: people (particularly girls) asking for recommendations of novels with strong female leads. And then inevitably, fifty people comment with various novels they love and recommend. And almost exclusively, the novels feature ass-kicking women with hyper-masculine tendencies and abilities that somehow mark them as “strong.”

And inevitably, I roll my eyes.

Now let me just say that I will be the first to admit that I’m a Sarah J. Maas fan, and she is the queen of writing ass-kicking female leads. And I am fully aware of the hypocrisy of my own stance here for even liking her books. But I will just say that any trope, when written well, can be overlooked. Even enjoyed.

It’s still a trope. And it’s one I think we should address.

In today’s society, gender is almost a bad word. There’s a chasm between those who think gender is binary, and the other side who is shouting with ever-louder bellows that gender is much more than we’ve defined before. And for the sake of my own sanity, I won’t get into the nuances of that argument, except to say this: I believe gender is both binary and varied. And I believe that’s what makes humanity beautiful.

And the same goes for females. As far as the pink-loving, glitter wearing, ruffle-clad gender norms are concerned, I am not the typical female. My favorite color is black. I like to hunt and fish. I’d rather be in the mountains. I don’t wear high heels. My cuticles look like crap most of the time.  I can’t stand most romantic comedies. And my favorite movie is Braveheart. Yet I am fully female and fully feminine and I am glad to be. I don’t consider femininity weak, lesser, or of any less value than masculinity.

So it really bothers me when modern culture purports that in order for a woman to be strong, she must take on masculine characteristics. Like it or not, women are, by nature, physically weaker than men. We are not capable of the feats most men are. Of course there are exceptions. Of course. But as a rule, my husband can do more physically than I can. And that does not make me weak. It makes me different. Because believe me, there are plenty of things I can do that he cannot.

So when authors write female leads who can fight like a man and take down most of them, it bothers me. (If you’re a Maas fan, I know you’re probably saying, “But Morgan, Aelin [Throne of Glass] is also feminine! She loves dresses and chocolates and pretty things and…” Yeah. I know. But I would argue that it is not a love of dresses that makes one feminine. Why can’t a man have an appreciation for fashion? Why does that make him less masculine? Why can’t a woman not have an appreciation for fashion? Does that make her any less feminine?) Why should the ability to fight like a man mark a woman as strong enough? Why shouldn’t innate nurturing and empathy be marks of strength? (I won’t even go into childbearing, childbirth, and child rearing. Because God help us if a man ever had to experience a contraction. But I digress.)

Let’s flip this coin and look at it from another perspective. My husband cannot and does not see the world the way I do. He does not consider the reasons behind what people do first—he considers whether or not what someone has done is a reason for recourse. Protection first. Consideration second. But not me. As a woman, I default to considering the why behind actions first. I stop to think about what makes people the way they are, and often that leads me to give grace and mercy before acting. And likewise, it often leads me to advise my husband to do the same. Where his instinct is to protect first, mine is to nurture first.

And both of things are good. Of equal importance. And equally strong.

It became my heart’s anthem to find a way to convey this genuinely. I wanted to show what I’ve learned from my own marriage—that complimentary qualities are better when they’re together. And that inherent masculinity is strength just as much as is inherent femininity.

My two main characters are equal. Partners. Masculinity and femininity working together. Side by side. Not in front or behind. And as their story progresses, you see this more and more. Without spoiling anything for those of you who haven’t read it yet, I will simply say that their story is one of showing how feminity is its own kind of strength, just as needed and powerful as a man. And it has nothing to do with high heels and dresses and ribbons and bows. It’s a story that shows how we were designed to compliment each other, not vie for the title of “strongest.”

Perhaps that’s the whole point. Because perhaps femininity and masculinity are stronger when they’re together. 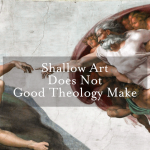 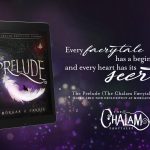 Every Færytale Has a Beginning
Scroll to top