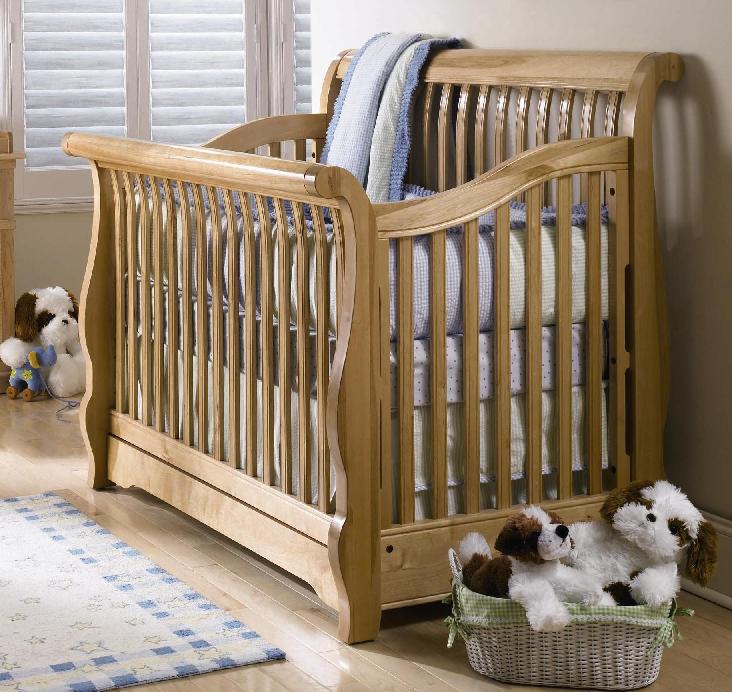 For those of you who are parents out there, you know first-hand that it’s not very easy. Kids can get the best of us when we’re not looking and throw a wrench in even the most pleasant of occasions. Those of you who are parents of toddlers are keenly aware of this fact. But I’m no first-time mom now. I’m a mother of two. It’s a whole new ball game these days. My attention is divided. My time is cut in half. My patience is tested at triple the pace. It’s tough business, this mothering stuff. And anyone who says being a stay-at-home mom is a cop-out has never been a stay-at-home mom. It’s hard work!

But you already know that. So as I have been reflecting on the last four months (yes, my baby girl turns four months old next week), I have realized something: effective parenting involves discipline. And discipline applies mostly to us, the parents.

When we hear the word discipline, we usually associate it with punishment. But while discipline can mean punishment, it really means “training to act in accordance with rules” (according to that ancient book called the dictionary). That is particularly valuable when it comes to being a parent. If we can learn to discipline ourselves, disciplining our children will come second-nature.

Here’s what I mean. My four month old is sleeping through the night. She has been since she was four weeks old. And now not only does she sleep through the night, but she doesn’t have to be put to bed asleep or even drowsy. Every night around 7:30 we head to her room, change into her pajamas and sit down in the rocking chair for a book, a song, and her prayers. She sits in my lap while I rock her during the routine. It’s such a sweet, peaceful time that we share and I have taught Virgil (my 2 1/2 year old) to be quiet and calm during this time. He can come into her room, but he knows not to talk or make noise. Once our routine is complete, I put her in her crib, wide awake. I kiss her goodnight and leave the room. She’s always smiling and playing with her blanket when I leave. And that’s it. She goes to sleep on her own without a peep and doesn’t wake up until around 6am for her first morning feeding.

Now I’m not telling you all of this to brag. I’m telling you this to share with you how we achieved such a seemingly impossible feat with a baby who is not even four months old yet. The answer? Discipline.

No, I’m not talking about spanking or any sort of punishment for that matter (I do spank my older child, but that’s for another post at another time). I’m talking about discipline on our parts. Routine is key for babies to feel comfortable in their environment. And the easiest way to get them to start sleeping well is to develop a routine and stick to it. All day. Every day.

Our day looks something like this. Around 6am Addie wakes up. I get out of bed and bring her to our bed where I nurse her. We both fall back to sleep for about an hour and a half. We both get up around 7:30, which is usually when Virgil wakes up. We all head to the living room where I make coffee, we turn on Disney Junior, and we have peaceful family time. Addie usually plays on her gym during this time. At 8:30 I give Addie her breakfast (baby oatmeal) while Lance gives Virgil his breakfast. Then we all go get dressed and ready for the day. At 10am, Addie takes her first nap, alone in her room. She usually wakes up around 11 and we head out to run any errands we might need to run that day. Lunch time is at noon, and Virgil and I always sit at the table to eat together. Addie usually plays on her gym or in a seat during lunch. At 1pm it’s nap time for both Addie and Virgil. I always put Virgil down first and then Addie. Addie sleeps for about an hour and a half for this nap. Virgil sleeps for at least three hours. Addie plays some more when she wakes up and then once Virgil wakes up, we all play together – usually something active. Around 5pm Addie takes another small cat nap before she eats cereal for dinner at 6. Virgil and I eat dinner afterward and then it’s more play/family time until the bedtime routine starts at 7:30. Addie goes down first, followed by Virgil. Everyone is in bed and asleep by 8:30 and then the adults have the rest of the evening to ourselves.

Granted, not every day fits perfectly into that routine. Today, for example, I had a haircut at 1pm. Addie came with me while Virgil stayed home with daddy. Addie didn’t exactly sleep in the salon as I had hoped (there’s just too much to look at!), so instead she napped in the car on the way home and then again later in the afternoon. It doesn’t have to be perfect, it just needs to be as consistent as possible. Children thrive in consistency. That’s what I’ve learned.

But what I’ve taken to heart more than anything else is that disciplining our children has a whole lot more to do with disciplining ourselves than it does them. If they know what to expect from me, they can operate pretty healthily within those boundaries. But unless I have the discipline to set up those boundaries and stick with them, I can never expect them to do so. That’s why I always think before I tell my kids not to do something. Is this something I don’t ever want them doing? Something I don’t want them to do right now? Or just something that’s annoying me and I need to get over it? I always think before I punish them. Is this something for which they have truly been wrong? Something for which they made a mistake? Or something that just plain annoys me? Unless it fits in the first category, I don’t punish them. And the same applies to sleep. Do I want them to sleep through the night? What does that mean for me? It means I sacrifice doing whatever I want whenever I want to in order to help usher them into a healthy sleeping routine. It means I don’t go grab them every time they make a little whimper, but instead I allow them to learn that they can soothe themselves when it’s not a crisis situation that really requires mommy or daddy. It also teaches me to distinguish between cries of actual need versus cries of attention.

Don’t misunderstand. I don’t just let my kids sob for hours on end to try to teach them a lesson. But I certainly don’t run to their beck and call every time they make a noise. I have disciplined myself to know that the best thing I can do for my children is teach them to do for themselves.

Direct your children onto the right path, and when they are older, they will not leave it. Proverbs 22:6

You Know You’re a Tired Mom When… 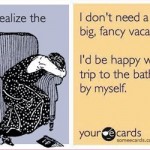 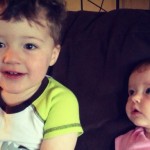 I Hope I Never Forget…
Scroll to top