Life has moments. Moments of fear. Moments of sadness. Moments of complete joy. Moments of not knowing what the heck to expect next… I’m in one of those moments right now. It’s exciting and scary all at the same time. But what I’ve realized is that God never opens the door you expect or makes things turn out exactly as you hoped. And I believe that’s because real faith is not believing so that whatever you want will happen. Real faith is believing that what’s happening is what’s best for you. If faith was easy, it wouldn’t be called faith. It would be called rationality.

Remember Abraham? God told him He had awesome things for him. He didn’t tell him what. He didn’t tell him why. He just said, “go.”
Go? Honestly. That’s all he gets? But here’s the crazy part. Abraham went. He just packed up and went. Had no idea where he was going or what for. But he found out along the way all he needed to know to get there.
And what did he find? Oh, only that he was the father of the Nation of Israel. Oh yeah, and that his children would be as numerous as the stars in the sky. May not seem like a big deal to you here in 2009, but when you think about it in the context of human history, Abraham fathered the nation that brought us Jesus Christ – the promised nation of people who would provide the stage for the major affairs of the world from that point forward. Think about it.
So now, I stand at a crossroads in my life. I have no idea why or that I would get here right now. I have this choice I can make – to keep going the way I’ve been or to take a leap of faith and do something that goes against everything society tells you. But see, that’s not how I want to live my life of faith – in my comfort zone.
So, God, I’ll go. I don’t have to know where right now. I don’t even have to know why. But I know when – it’s now.
The adventure begins…
~Captain
April 21, 2009/0 Comments/by morgangfarris
https://www.morgangfarris.com/wp-content/uploads/2018/03/weblogo_name-01.png 0 0 morgangfarris https://www.morgangfarris.com/wp-content/uploads/2018/03/weblogo_name-01.png morgangfarris2009-04-21 16:43:002009-04-21 16:43:00Abraham
0 replies 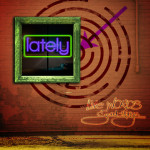